It's never to early to sign up! Registrations for 2022 NOW OPEN!

Very Special Thanks to our Volunteer Partner 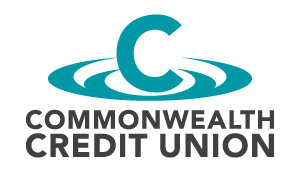 Do you have a passion for golf and want to get in on the PGA TOUR action? Volunteers are an integral part of the Barbasol Championship and its ultimate success.

Be sure to create a NEW username and password for your 2022 registration as any old credentials are vanquished each year.

Are you wanting to register a group for a particular hole?

Please submit your name, email, a brief description of your group, and what hole you would like to register for below:

The Barbasol Championship’s charitable arm, Caddie127, connects a biblical connotation from James 1:27 “to look after orphans and widows in their distress and to keep oneself from being polluted by the world.” Just as Caddies and their players support one another, so will Caddie127 support philanthropic organizations that benefit and empower women and children. Caddie127 has named All God’s Children, Kentucky Children’s Hospital (UK Healthcare), the Make-A-Wish Foundation, Refuge for Women, Sunrise Children’s Services, and the Woodhill Community Center as their 2021 charitable partners.

Where Does My Registration Fee Go?

Volunteers are the heartbeat of the tournament and help enhance the experience for players, spectators and sponsors. All the while your registration fee goes toward helping the local community who receive charitable donations from the tournament. The Barbasol Championship has many charitable partners. Our charity umbrella is Caddie127 which empowers women and protects children in Kentucky. You can learn more about Caddie127 on our Charities page. In the past two years of the Barbasol Championship, Volunteers have helped raise $255,000 for Caddie127 and its charities. The PGA TOUR and its tournaments have surpassed $3Billion in all-time charitable giving in 2020. The charitable total, which includes a record $204.3 million in 2019 brought the all-time total to $3.05 billion, including donations made by tournaments on the PGA TOUR, PGA TOUR Champions, Korn Ferry Tour, Mackenzie Tour-PGA TOUR Canada, PGA TOUR Latinoamérica and PGA TOUR Series-China.

Take a look at our list of Volunteer Committees.

This committee is responsible for measuring and recording the location and distance of every shot hit during the tournament using the ShotLink scoring system. The measurements enable real-time distance data and statistics to be delivered to scoreboards, TV broadcasts, the internet, and mobile device applications. Volunteers on this committee are assigned to one of three roles: Laser Operators, Tablet Operators, and Rovers. It requires a basic knowledge of the game of golf, as well as a commitment to timeliness, accuracy, and attention to detail. Volunteers must be 18+ years old and must sign a Disclosure Form. Active:  Thursday – Sunday Hands-On Training:  Wednesday

Use a laser rangefinder to track the landing position of shots on and around the fairway. Laser operators are stationed on a fairway and should be physically able to stand at their laser position for the duration of their shift in potentially varied weather conditions. Laser operators should be comfortable with technology and focused on capturing data in a timely but accurate manner.

Use a handheld tablet device to plot the ending position of shots. Tablet operators are expected to be mobile and walk around the green as necessary to gain an accurate insight into ball location. Tablet operators should be physically fit, capable of standing/walking for the duration of their shift in a variety of weather conditions.

are responsible for providing support to the Laser and Tablet operators on a specific golf hole to provide breaks, answer questions, and provide assistance as needed.

Walking scorer volunteers are essential members of the competition team helping record and relay scores on a handheld device. This position will require successful completion of a mandatory training on the days before the tournament. Walking scorers must be comfortable performing basic computer skills and be knowledgeable of golf etiquette/scoring and able to walk 18 holes of a golf course. Minimum age to be part of this committee is 18 years old. Must be available to work at least three days of official tournament rounds. Walking scorers should have the physical ability to easily keep pace with their group across all 18 holes without a break and in varying weather conditions. For reference, 18 holes will vary from 5-6 miles or roughly 10,000 steps. They should be comfortable using a handheld digital device to record each shot, as well as the voice radio with a headset that allows for constant communication. Shift is approximately 6 hours per day. Volunteers must be 18+ years old and must sign a Disclosure Form. Active: Wednesday - Sunday

Volunteers on this committee will be responsible for walking with a designated group of players and posting their scores on a standard. Volunteer needs to be able to carry the standard (weight approximately 5-7 pounds) while walking 18 holes. This position is a great opportunity for teenagers or parents. Shift is approximately 6 hours per day. Active: Saturday – Sunday

Gallery Management (Formerly Marshals) volunteers are given a unique inside and outside-the ropes tournament experience. They are responsible for managing gallery noise & traffic; ensuring the safety of our guests by reinforcing health & safety policies; leading by example; and providing a world-class guest experience. Volunteers are assigned to the teeing area, fairway, and green of a specific hole (1-18), or to high traffic areas such as crosswalks or in front of hospitality areas. Active: Wednesday - Sunday

Volunteers in this committee will work inside & outside the ropes to assist fairway Location-Based Operators in locating and marking player’s shots in and around the fairways or greens. Volunteers must be 18+ years old and must sign a Disclosure Form. Active: Thursday - Sunday Hands-On Training – Wednesday

Responsible for introducing Pro-Am Players on Wednesday and Tournament Players (during tournament rounds) as they approach the tee box at either #1 tee or #10 tee to begin the round. Strong public speaking skills and appropriate voice/inflection required.

Welcome guests, assist with on-site ticket sales, Will Call distribution, and issue proper credentials to spectators, sponsors, and allied organizations at the main entrance. Hand out Pairing Sheets and Spectator Guides to those arriving on Tournament Grounds.

Committee members welcome and register players for the tournament, providing them with necessary credentials. They also serve as a resource providing information about local amenities, general information about the tournament, the surrounding area, and overall concierge for other player needs. Once registration is complete volunteers will transition into greeting players, family, and guests entering the designated area for Breakfast and Lunch. Check credentials and monitor doors entering the dining area.

Committee members welcome and register Caddies for the tournament. Volunteers are responsible for distributing, collecting, and washing caddie bibs and towels. They also serve as a resource providing information about local amenities, general information about the tournament, the surrounding area, and overall concierge for other caddies’ needs.

Volunteers on this committee will be asked to assist players at the practice facility with all practice needs and supplies. Volunteer duties include keeping the chipping greens cleared of balls, removing empty bags from the driving range, and cleaning and sorting range balls.

Volunteers will work alongside PGA TOUR Staff in making sure PGA TOUR children are taken care of and have a great week at the event.

Volunteers must be 16 years or older.

Responsible for distribution of food and beverage to on-course locations. Must have a valid driver’s license. Moderate levels of walking, standing, and some lifting/strenuous activity may be required. Shifts are outside in direct sunlight and the elements.

These volunteers will manage the fleet of volunteer golf carts making sure they are charged every night and checked out by the properly authorized individual with keys returned. Volunteers on this committee will be asked to provide shuttle service for volunteers needing transportation out on the course.

Volunteers must be 18+ years old

Volunteers on this committee will have a range of responsibilities. Some members of this committee will be responsible for carrying and positioning microphones that will enable us to capture shot noise and conversation between the player and their caddie. Other members will be collecting data such as player stats, shot order, club selection, etc. And a few members could assist commentators around the golf course. While volunteering, most Committee members will be required to be on their feet and walk at a swift pace in potentially hot weather.

Is there a cost? What do I wear?

Please note that we WILL be offering a round of golf this year at either Keene Run Golf Club or Keene Trace Golf Club. ONLY volunteers that have worked a minimum of 3 shifts will qualify for the round of golf.

Volunteers will provide their own khaki bottoms. Volunteers are required to wear the uniform on the days they are working.

What duties do volunteers have?

Volunteers are assigned to a variety of committees, performing the many tasks required to conduct a PGA TOUR event. A description of each committee will be available for your review prior to your selection of committee choices.

Which days are volunteers needed?

The great majority of volunteer requirements are Wednesday through Sunday of tournament week, but some assistance may be required before and after the tournament. Committee Descriptions include the days each committee operates. These days may be subject to change.

How long can I be expected to work each day? How many days?

Depending on the committee on which you serve, the average workday is 5 to 6 hours long. Some assignments may require longer days, particularly Wednesday, Thursday and Friday. Each volunteer is encouraged to work at least three days, but most choose to work more.

Who benefits from the work I do?

Of course, the players and spectators greatly appreciate the efforts of our Volunteers – it’s no secret that the success of the event depends on our Volunteer force. Volunteers are the heartbeat of the tournament and help enhance the experience for players, spectators and sponsors. All the while helping the local community who receive charitable donations from the tournament. The Barbasol Championship has many charitable partners. Our charity umbrella is Caddie127 which empowers women and protects children in Kentucky. You can learn more about Caddie127 on our Charities page.

In the past two years of the Barbasol Championship, Volunteers have helped raise $255,000 for Caddie127 and its charities. The PGA TOUR and its tournaments have surpassed $3Billion in all-time charitable giving in 2020. The charitable total, which includes a record $204.3 million in 2019 brought the all-time total to $3.05 billion, including donations made by tournaments on the PGA TOUR, PGA TOUR Champions, Korn Ferry Tour, Mackenzie Tour-PGA TOUR Canada, PGA TOUR Latinoamérica and PGA TOUR Series-China.

Can I get a refund if I can no longer attend?

Yes. Volunteers can be refunded until June 4, 2022. All proceeds will go to Caddie127 supporting local Kentucky charities.

By submitting this form, you consent to have Barbasol Championship & Global Golf Management collect your details via this form. Please review our Privacy Policy to see how we protect and manage your data. 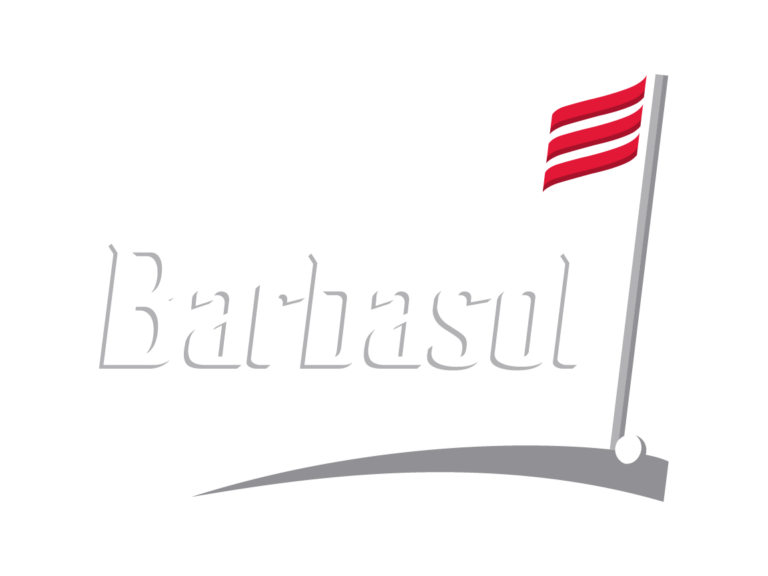