Trey Shirley’s long, tough road has led him to the Barbasol Championship 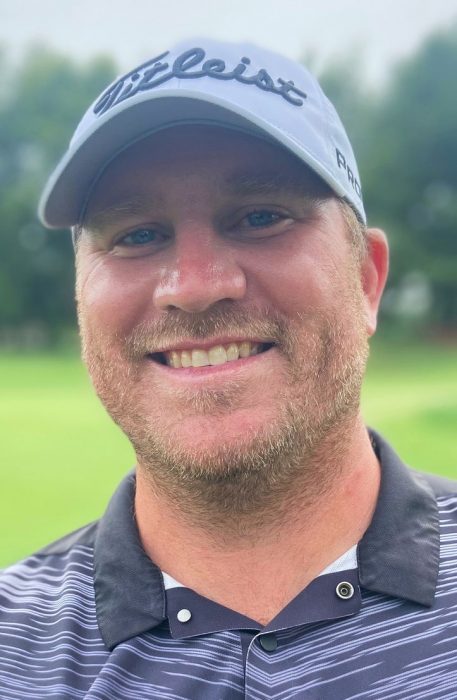 NICHOLASVILLE, KY (July 14, 2021) – It is safe to say that no player in the Barbasol Championship appreciates the opportunity to tee it up at Champions at Keene Trace this week more than Kentuckian Trey Shirley.

That earned him a spot in the Barbasol’s 132-player field, and the fulfillment of a long-held dream to play in a PGA TOUR event.

“It’s been a long road, been a tough road,” the 31-year-old Metcalfe County native said. “Living on the mini-tours and small tours . . . everybody wants a chance like this.”

Shirley’s backstory in golf isn’t that unusual. He’s labored for years on the Latin America, Mackenzie and Korn Ferry tours, hoping to claw his way up to the big time.

“I’ve been a little everywhere, so I guess you could call me a veteran,” he said with a laugh.

“I think it’s pretty cool that for five straight years I’ve been able to keep some type of PGA TOUR-sanctioned status somewhere in the world. I’m pretty proud of that. There’s a lot of guys who wish they could say that.”

When Shirley broke through on Monday and qualified for the Barbasol Championship, a lot of people were thrilled for him, including his wife Casey, and his dad/caddie Danny Shirley.

“I had close to 200 text messages and about 100 missed calls,” Trey said. “I’ve kind of turned my phone off because people have been blowing me up.”

A lot of those well-wishers are familiar with another chapter in Shirley’s past – when he had to fight through a frightening medical condition when he was in high school.

Midway through his senior year at Metcalfe County, he was diagnosed with transverse myelitis, an inflammation of the spinal cord. It caused Shirley all sorts of pain, left him weak in the legs and arms, and put him in a wheelchair.

Fortunately, doctors at Kosair Children’s Hospital (now Norton’s) in Louisville were able to treat him, and he eventually made close to a full recovery.

However, he didn’t regain all of the athleticism that had made him a 6-foot-4 standout in basketball.

“For one thing, I didn’t have the same burst of speed I used to have,” he said. “That’s when I realized that even though basketball was my first love and what I thought I’d play in college, I started putting all my effort and energy into golf.”

(Not that he didn’t excel in golf, too. He made Metcalfe County’s varsity team when he was a third-grader!)

Shirley went on to play college golf at Campbellsville, where he also played a little bit for the basketball team.

It’s been all golf for the past decade, and he’s kept his focus and parlayed his overall athleticism into some nice success, including winning the 2018 Kentucky Open.

But nothing compares to what he’s experiencing this week – rubbing shoulders and matching shots with some of the best golfers in the world.

Danny Shirley, his dad/caddie, said it’s “very gratifying and really special” to see his son achieve such a lofty goal.

Trey, meanwhile, is treasuring the moment.

“There’s no pressure on me,” he said. “I’m just here to have fun. I’ve got my dad on the bag. My family’s coming up. I’ll friends out here watching me this week. And I love this golf course.

“It’s a cliché to say, but this is everybody’s dream – to play in a PGA TOUR event.

“But I’m also just glad to be healthy and playing golf.”