Seamus (pronounced SHAY-mus) Power won the Barbasol Championship with a 21-under on Sunday at Champions at Keene Trace for his first PGA TOUR victory, beating J.T. Poston with a tap-in par on the sixth hole of a playoff.

Poston, who matched Power hole for hole during the first five playoff rounds hit the water on the par-4 18th for a bogey. Power’s drive landed on the fairway, and his second shot allowed him to two-putt for par and the victory.

“I was able to just kind of stay patient enough there and J.T. made just one mistake and I was able to take advantage,” Power said. “Unbelievable day, career changing, life changing, all that kind of good stuff. It’s not going to sink in for a while.”

Power, who was born and raised in Waterford, Ireland, played college golf at East Tennessee State University where he won five times including the Atlantic Sun Conference Championship in 2007 and 2010.

Power was humble in his post-event remarks and grateful for the opportunity to play the sport he loves professionally. “I view myself as extremely lucky,” Power said. “I’m 34 and I’ve yet to work a day in my life. So, every time I get to play a tournament or play an extra year on tour, to me it’s a massive bonus. I love playing golf, it’s my favorite thing to do.”

In spite of a couple weather delays over the four-day tournament, fans were treated to some exceptional golf including James Hahn breaking the course record on Saturday shooting 60 and coming within one putt of golf immortality and joining only 12 PGA TOUR professionals to ever shoot a 59. Hahn was in contention until the final two holes on Sunday, both of which he bogeyed.

A new Club ’87 pavilion area was also added as a VIP area which featured food and beverage options and outstanding views of the action.

“We are thrilled to have emerged from the pandemic and bring professional golf back to the Bluegrass,” said Barbasol Championship Tournament Director Bryan Pettigrew. “The golfers put on quite a show which was well received by fans, sponsors, and the golfing world.”

The Barbasol Championship’s popularity rose as with TV ratings increasing 83% compared to 2019.

The tournament hosted a First Tee youth golf clinic on Monday which was attended by hundreds of local children, many of whom had never before played golf. This was followed by a mini-Pro-Am at Kroger Field where eight PGA TOUR golfers and patients at Kentucky Children’s Hospital played golf. Family Day at the Barbasol Championship was held on Saturday and all official charities were able to share their missions and stories of impact with families in attendance.

“We’re looking forward to working with our charities this fall and continuing to impact the lives of the women, children, and families they support,” Pettigrew said. “We are honored to partner with so many wonderful organizations committed to making our community a better place for all.” 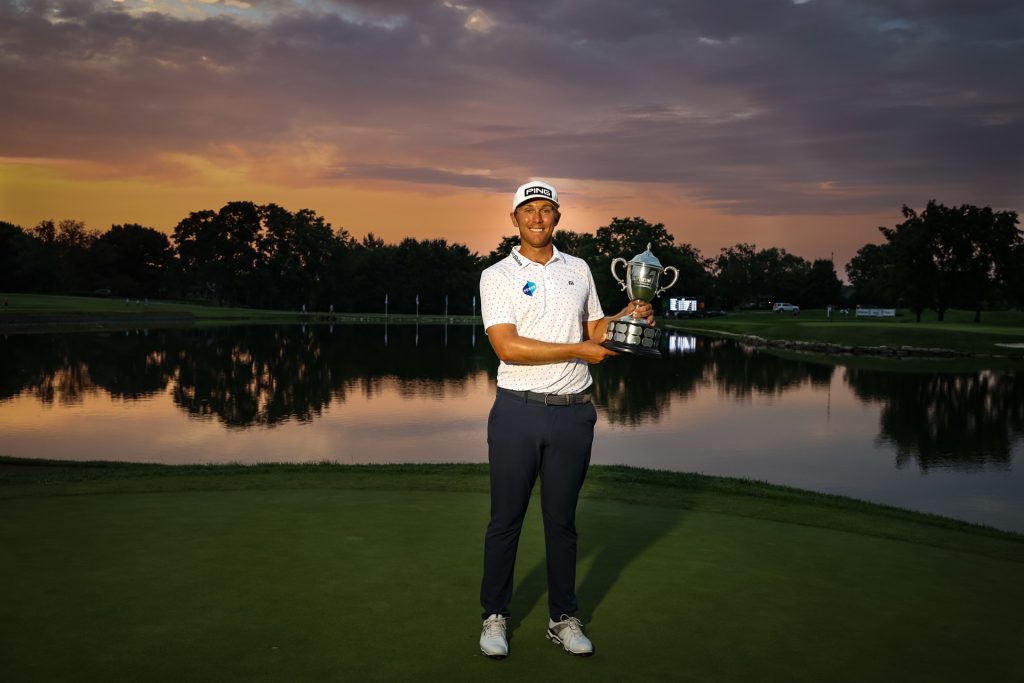