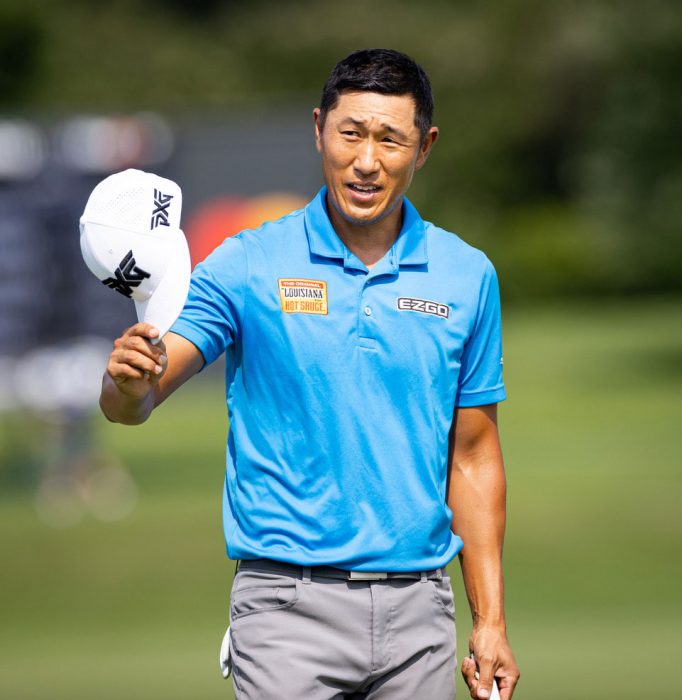 NICHOLASVILLE, KY (July 17, 2021) – When Joe Muschong signed up to caddie in the Barbasol Championship, he had no idea he’d wind up as a local celebrity in the media spotlight.

But that’s what happens when you’re looping for a guy who flirts with shooting that magical number — 59 — in a PGA TOUR event.

Muschong, a Lafayette High School graduate who now plays golf at Morehead State, said it was pure luck that he wound up on James Hahn’s bag for the Barbasol.

“He just called the golf shop at Keene Run looking for a caddie,” Muschong said. “I hooked up with him and got lucky.”

Flash ahead to Saturday’s third round when Hahn put together the lowest round of this career.

After pars on the first three holes, he went 7-under on the next seven holes, highlighted by an eagle at the par-5 fifth.

That’s when he looked at the leaderboard and was surprised by what he saw.

“It said I was 11-under for the day” he said. “I checked my scorecard because I had no idea I was that far under that deep into the round.”

That’s when 59 crept into his mind.

A birdie at 17 made it a possibility; a birdie at 18 would make it a reality.

But it wasn’t to be. His approach shot spun back 20 feet, leaving him an up-hill 30-footer. He gave it a good run, but it slid by the cup. The crowd gave him a rousing ovation nonetheless.

How magical would a 59 have been to Hahn? (Only 12 golfers have ever broken 60 in a PGA TOUR event)

“That’s the unicorn, right?” he said. “That’s the one everybody’s trying to chase. This scorecard’s probably not going up on the wall. 59? You can tattoo that on my forehead, it’d be pretty cool.”

Muschong, who found himself in front of TV cameras and reporters after the round, certainly thought it was cool. Especially considering this is the first time he’s caddied in a professional tournament.

“Oh man, it was so fun. It’s different being on this side of the bag,” Muschong said. “He did the work. I just had to keep up.

“It’s a heck of an experience. You learn so much out here. It’s priceless.”

Muschong has been working at Keene Run for six years, so he knows the courses. He shared his knowledge of Champions with Hahn during practice rounds on Monday and Tuesday.

“Then he got a really good feel for the golf course,” Muschong said.

Hahn said he and Muschong “hit it off” from the first day.

“He’s helped me out this week. He’s kept me cool. He’s very talkative, which is nice because it relaxes me a little bit.”

“To experience this with him, being a local guy, it was very special for both of us.” 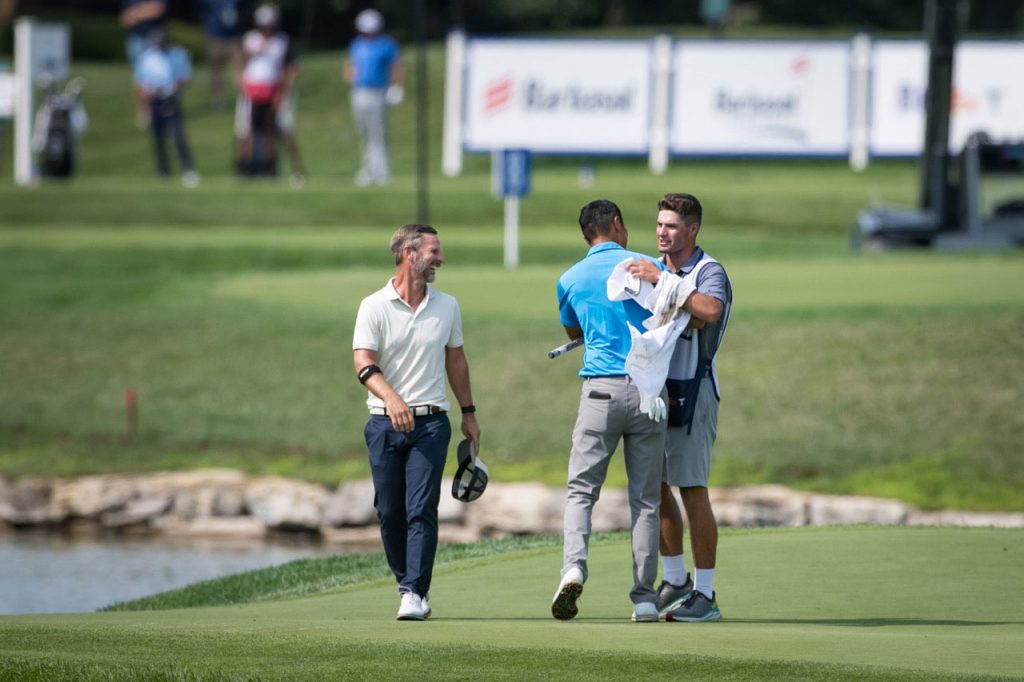